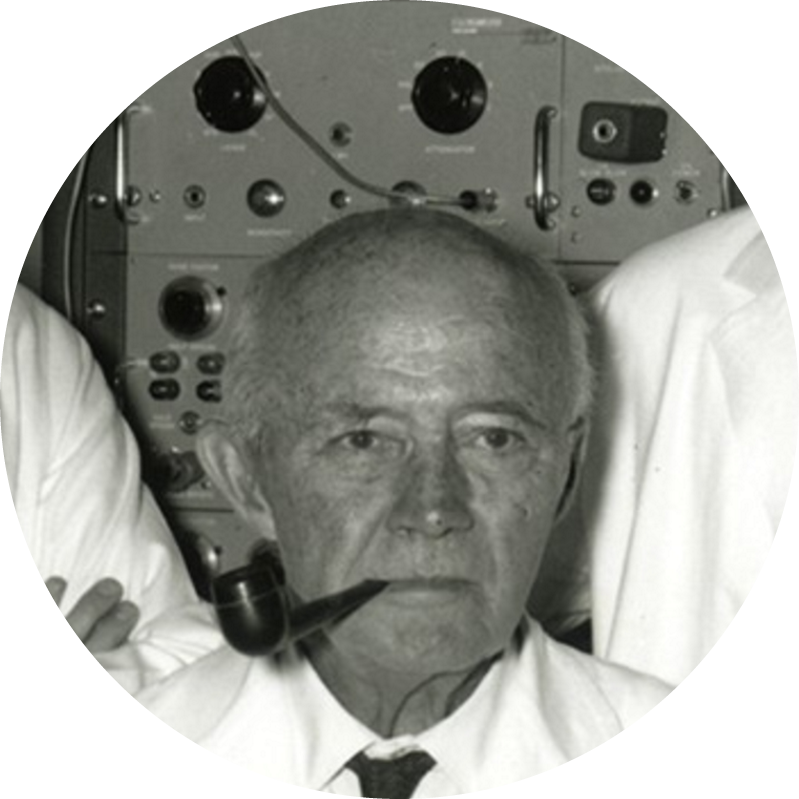 With over 250 years of research and 120 years of development, defibrillators have become a crucial part of 21st Century medicine. The breakthrough was first seen in the 1960s with the introduction of portable defibrillators that could be used outside of the hospital.

Depending on the device used or needed, defibrillators can be external, implanted or wearable. Today’s Automated External Defibrillators (AED) are capable of evaluating heart rhythms, guiding users through the process and administering a shock.

The journey to today’s defibrillators has been long and experimental, from testing on animals to most of the UK population relying on one of the three types of machine.

Where did the journey to defibrillators we see today start? Keep scrolling to find out...

Luigi Galvani discovered an electric current contracts muscles. An electrical current was the method used to find out if a person was deceased.

Danish physician, Peter Christian Abildgaard, uncovered the heart can be stopped and started by electricity. He succeeded in killing a fowl by using an electric shock and then reviving them by a countershock applied to the chest. (Earliest known documentation of Ventricular fibrillation and defibrillation)

Defibrillators were first exhibited by two physiologists from the University of Geneva, Switzerland, Jean-Louis Prévost and Frédéric Batelli. They found small electrical shocks can induce ventricular fibrillation in dogs and a larger shock reversed the condition.

Reversal of ventricular fibrillation by inner application of an electric current was demonstrated by W. Kouwenhoven and O. Langworthy

US surgeon Claude Beck used the procedure of defibrillation to restore the heartbeat of a 14-year-old boy undergoing a surgical procedure. (Conducted on an open chest).

USSR V.Eskin and colleague A.Klimov developed a more effective device that could be used to deliver electric shocks to the heart of over 1000 volts via nodes, these were applied to the outside of the chest.

“Life is more important than property, so defibrillators should be as widely distributed as fire extinguishers”. - Professor Frank Pantridge has helped save millions of lives over the past 50 years.

The mobile defibrillator was used to treat US President Lyndon Johnson when he suffered a heart attack in Virginia.

An automated External Defibrillator (AED) was introduced containing sensors that detected the rhythm of the heart and provided guidance.

The first ICD device was implanted into a patient.

Defibrillators start to become available in many public places and can be used by trained or untrained responders.

We continue to see more publicly accessible defibrillators equipped with verbal and/or visual prompts for anyone to use.

Where did the journey to defibrillators we see today start?

The first model of defibrillator consisted of a converter to separate the patient from the 110-volt ac wall supply, a variable resistor to limit the charge to a heart-safe value, and two metal tablespoons with wooden handles that delivered a jolt to the exposed heart.  Powered by a car battery and weighing up to 70 kilograms, early defibrillators were large, unwieldy and difficult to transport. The first model defibrillator was only used via open-heart surgery.

Modern advancements have reduced the weight of defibrillators drastically and they now weigh 3 kilograms, they offer more effective results and are accessible to the general public. There are three types of defibrillators available today; AEDs, ICDs and WCDS. Each device works by checking for arrhythmias. Once an irregular rhythm is found, all of these defibrillators send a shock to the heart.

What does the future hold for defibrillators?

Developments in AED technology mean more lives can be saved, and with 21st-century technology advancing at an incredibly fast rate, defibrillators are becoming more digitally advanced.  A Swedish drone developer has been collaborating with researchers since 2019, exploring the use of drones to transport automated external defibrillators to SCA patients, wherever they are. Currently, in the advanced development stages, AED drones would improve access to these life-saving devices and offer a faster implementation. The UK is currently undertaking independent trials similar to that of Sweden in the implementation of drone defibrillators.

A 2020 study published in the European Heart Journal, and presented at the European Society of Cardiology congress, tested the use of drone defibrillators in the Gothenburg city area in western Sweden. This study found that these drones could be effectively used to deliver life-saving defibrillators to people with a suspected SCA in the local area. This was the first-ever proof of concept and the beginning of the use of drones in the emergency medical field.

During a study, when a suspected cardiac arrest happened outside of a hospital, a witness phoned the emergency number, and the dispatch centre transmitted an alarm to the ambulance services.

Three drones were set up in three distinct sites in this study, each with a 5 km radius flying range. The dispatch centre sent an alarm to the pilots at the control centre for the drones to activate when an SCA happened in one of these three zones. When arriving at the location, the drone lowered to 30 metres before carefully dropping down the AED.

Between June and September 2020, 14 cardiac arrest instances were included in the study. In 12 of the situations, a drone was dispatched, and in 11 of the situations, an AED was successfully supplied on-site. The drones arrived at an average distance of 9 metres from the victim after an average flying distance of 3.1 kilometres. In 64 per cent of cases, the drone arrived before the ambulance, saving an average of 1:52 minutes. Due to a variety of issues, 39 instances were deemed ineligible for participation in the research.

Not only would the implementation of AED drones improve treatment time and save lives, but communities without public-access AEDs would gain access to drone-delivered AEDs; including areas that are difficult for ambulances to reach.

What they are and how they work

An AED is a lightweight, battery-operated, portable device. The machine is used to help people having a Sudden Cardiac Arrest (SCA). The electrodes are sticky pads with sensors that attach to the chest. The purpose of electrodes is to send information about the person’s heart rhythm to the processor in the AED. The processor then analyses the heart's rhythm to find out whether an electric shock is needed, and if required the electrodes deliver a shock.

ICDs are small battery-powered devices placed surgically in a patient's chest, they detect arrhythmias. An ICD has a generator connected to wires that detect the heart's pulses and if required, a shock is delivered. Some models have wires resting in one or two chambers of the heart. Others rest on the heart to monitor its rhythm.

Multiple ICDs record the heart’s electrical activity and rhythms. Recordings are used to help doctors adjust the programming of the device. Each device is programmed to answer to the arrhythmia an individual has.

Wearable Cardioverter Defibrillators have sensors attached to the skin. They are connected by wires to a unit, checking the heart’s rhythm and delivering a shock when an irregular beat is detected. Sensors expose an irregular heartbeat and alert the wearer with a notification. The device is worn under clothes and sits on a belt that is attached to a vest. A doctor then analyses the findings of the WCD.